Excursions in wonderful localities are being arranged ALBEROBELLO, known as the Capital of the Trulli, is situated on two hills separated by an ancient riverbed. The Eastern hill hosts the modern town and the other hill towards the West is where the “trulli” are to be found. They are clustered together in two quarters: Monti and Aia Piccola, and are both considered National Monuments. The trullo, a building with conical roof made without mortar, is a fascinating architectural feature of this area of Apulia.
The history of this unusual town dates back to the second half of the XVI century when, as it was a small fief under the control of the Acquaviva family, the Counts of Conversano, it began to fill up with farmers who made the (so-called) Selva a fruitful land. The Counts authorized the colonists to build dry dwellings, in order to have them easily pulled down in case of royal inspection. As a matter of fact, according to the “Prammatica de Baronibu”, the birth of an urban conglomeration required the payment of a tax. The idea mentioned above allowed them to save this unjust tax. On 27th May 1797, King Ferdinando IV of Bourbons issued a Decree by means of which the small village became free.
The collection of some 1,500 “trulli” – some of which are still inhabited by the locals as well as used for stores, restaurants and lodging – is unique. For this reason the “Trulli di Alberobello” were inscribed on the UNESCO World Heritage Site in December, 1996.

THE TOWN OF THE “SASSI” – UNESCO WORLD HERITAGE SITE MATERA – The area of what is now Matera has been settled since the Palaeolithic. The city was allegedly founded by the Romans in the 3rd century BC, with the name of Metheola. The international fame of Matera is related to its ancient town, the “Sassi di Matera” (meaning “stones of Matera”). The Sassi originate from a prehistoric (troglodyte) settlement, and are considered to be some of the first human settlements in Italy. The Sassi are houses dug into the tuff rock itself and many of these “houses” are really only caverns, and the streets in some parts of the Sassi often are located on the rooftops of other houses. The ancient town grew in height on one slope of the ravine created by a river that is now a small stream. The Sassi di Matera was named a World Heritage Site by UNESCO in 1993

Another important monument to visit in Matera is the Cathedral (1268–1270), a church dedicated to Santa Maria della Bruna since 1389.
There are many other churches and monasteries dating back throughout the history of the Christian church. Some are simple caves with a single altar and maybe a fresco, often located on the opposite side of the ravine. Some are complex cave networks with large underground chambers, thought to have been used for meditation by the rupestral and coenobitic monks.

THE CITY OF SANTA CLAUS BARI (ancestral, Barium) was an important Roman colony and a commercial centre in the II century BC. But its greatest importance dates back to 852 B.C. – when it became the seat of the Saracen power – and to 885 B.C. – when it became the residence of the Byzantine governor. In 1071 it was conquered by Robert Guiscard and this was the town where Peter the Hermit supported the First Crusade in 1095. In the XIV century it became an independent duchy and in 1558 it was given to Philip II of Spain and Naples by Bona Sforza.
Bari, which is situated on a small peninsula overlooking the Adriatic Sea, consists of two parts, the narrowly-built old town on the peninsula exposed to the North, and the new town exposed to the South. The former boasts some important historical monuments such as:
– St. Sabinus Cathedral, begun in 1035 and left incomplete till 1171. The exterior preserves the fine original architecture (the dome and the bell tower are remarkable);
– the Basilica of St. Nicola (Saint Nicholas i.e., Santa Claus) was founded in 1087 in order to receive the relics of this saint which were brought from Myra in Lycia and now lie beneath the altar of the crypt. The church is one of the four Palatine churches of Apulia. The small church of St. Gregorio, dating back to the XI century as well, is adjacent;
– the Svevo Castle (Norman-Hohenstaufen Castle), built in 1132 by the founder of the Kingdom of Sicily, the Norman king Ruggero II, and reinforced in 1233.

TRANI – THE TOWN OF THE ROMANESQUE CATHEDRAL TRANI, Turenum of the ancient Roman, was later occupied by the Lombards and the Byzantines. First certain news of an urban settlement in Trani, however, trace back only to the 9th century and its most flourishing age was the 11th century.
Emperor Frederick II built a massive castle in Trani. Under his rule, in the early 13th century, the city reached its highest point of richness and prosperity.
The main monument of Trani is the Cathedral, famous over Italy, which was consecrated before its completion, in 1143. It is a basilica with three apses, built in the characteristic white local limestone. It has also a large crypt and a lofty tower, the latter erected in 1230-1239. CASTEL DEL MONTE, named a World Heritage Site by UNESCO in 1996, is a fortress with an octagonal prism and octagonal bastion at each corner. Each wall has 8 rooms and an eight-sided courtyard occupies its centre. The octagon is thought to be an intermediate symbol between a square (representing the earth) and a circle (representing the sky). Frederick II may have been inspired to build to this shape by either the Dome of the Rock in Jerusalem, which he had seen whilst on Crusade, or by the Palace Chapel of Aachen Cathedral. It was completed in 1249 and was used primarily as a hunting lodge by Frederick until his death in 1250. It was later turned into a prison, used as a refuge during a plague, and finally fell into disrepair. It originally had marble walls and columns, but all were stripped by vandals.

THE LIFE AS 2000 YEARS AGO – UNESCO WORLD HERITAGE SITE Pompei is a unique witness of the everyday life of the past. The city has re-emerged from the darkness of centuries just as it would have been when it was unexpectedly buried in the eruption of Vesuvius. It was the year 79 A.D. Although the vastness of the tragedy was appalling, the thick layer of volcanic material which submerged Pompei has meant that the city has remained intact up to the present day, and provides an absolutely fascinating picture of “daily” life. The walls of the houses are covered with electoral propaganda messages or risque jokes aimed at particular citizens. The signs on the shop doorways indicate the activity carried out there or the name of the owner. Alongside the elegant villas belonging to the nobility were the luxurious residences of the middle class, whereas modest houses such as the peasant dwellings are situated around vegetable gardens or small plots of land. On the edge of the city were the brothels. They were intended as places of pleasure for sailors and travellers passing through. In the narrow alleys, the workshops and utility rooms provide further evidence of the daily routine performed by workmen and slaves as well as the women of the house. The houses still contain furniture, ornaments, gold and silverware, work tools, kitchenware, bronze and terracotta lamps, foodstuffs of all kinds, counters for serving drinks, grain mills and grindstones, workshops for manufacturing cloth, smithies and outlets selling groceries, fruit and vegetables.

There is a remarkable record of Roman painting, of which, without the finds made in Pompeii, virtually nothing would be known.
The archaeological areas of Pompei, Herculaneum and Torre Annunziata were named a World Heritage Site by UNESCO in 1997. 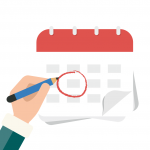 Italian Association for the Study of Clays

Inst. of Methodologies for the Environmental Analysis

Dep. of Earth and Geoenvironmental Sciences